Howl at the Moon Presents Billy and Elton Tribute Show

Howl at the Moon, the dueling pianos and live music bar, brings you the Billy and Elton tribute show experience to your venue or party anywhere in America. Rock out to “Crocodile Rock”. Sing-along to “Piano Man”. Have the time of your life watching these amazing Billy and Elton impersonators perform all your favorite songs. Want more information? Please fill out the form below:

Bill Connors has won awards perfecting the art of portraying Sir Elton John, the voice, mannerisms and nuances have been carefully studied and recreated. From America’s Got Talent to Legends in Concert, He has performed for over 15 years and more than 3000 performances as an entertainer. Bill also possesses what cannot be learned by impersonators: an uncanny resemblance to Captain Fantastic. Bill has portrayed Elton in top venues, concert halls and sporting arenas across America. Bill’s show at the world-famous Jake Ivory’s won the club The Improper Bostonian’s “Best of Boston” Award, and recently in CT. His ‘Keys to the City‘ won best piano show two years in a row. The costumes, the color, the fabulous showmanship, time tested hit songs it’s all captured by Bill.

A Georgia native, Hugh Michael Tyner developed his musical skills in the Church during his adolescent years and went on to have a successful career in music and entertainment, culminating in a 12-year run on the Las Vegas Strip. Hugh invites the audience to experience a journey of the life and music of the 3rd highest-selling recording artist of all time, surpassed only by Michael Jackson and Elvis Presley. Don’t miss this rare opportunity to experience and celebrate the life and music of the one and only, Billy Joel! 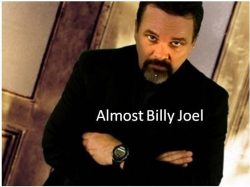 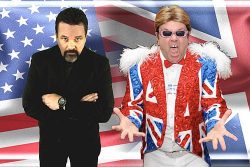 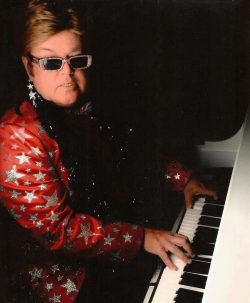 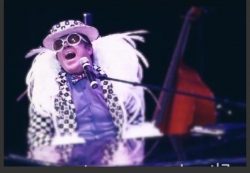