More shows have been booked to the Honeywell Center’s roster of upcoming entertainment for all audiences. Performances include Howl at the Moon Dueling Pianos, Scotty McCreery and Dennis DeYoung: The Grand Illusion 40th Anniversary Album Tour and Mutts Gone Nuts. Tickets went on sale December 13.

Get ready for a unique nightlife experience directly from downtown Indianapolis with Howl at the Moon Dueling Pianos on Friday, February 15, 2019 at 7:30 PM in Legacy Hall at the Honeywell Center. Professional dueling pianists and musicians from the popular hot-spot Howl at the Moon will perform your favorite songs and of course, requests in this high-energy, live music show in the casual atmosphere in Legacy Hall. Food and beverages will be available. The Howl at the Moon series for 2019 is sponsored by Pizza King of Wabash. Tickets prices are $20 for general admission. Reserved tables are $160 for 8 seats, and $80 for four.

Scotty McCreery will take the Ford Theater stage on Thursday, April 11, 2019, at 7:30 p.m. McCreery burst onto the national music scene in 2011 at age 17, quickly establishing himself as one of country music’s hottest new stars. Now in his early twenties, the talented singer/songwriter has album sales approaching 3 million, and received both Platinum and Gold album certifications, debuted three consecutive albums at No. 1 on a Billboard chart, and achieved one Gold and three Platinum-certified singles as well as two Top Ten hits. Tickets prices are $75 for seats AAA-C, $48 for D-ZZ, and $34 in the balcony. 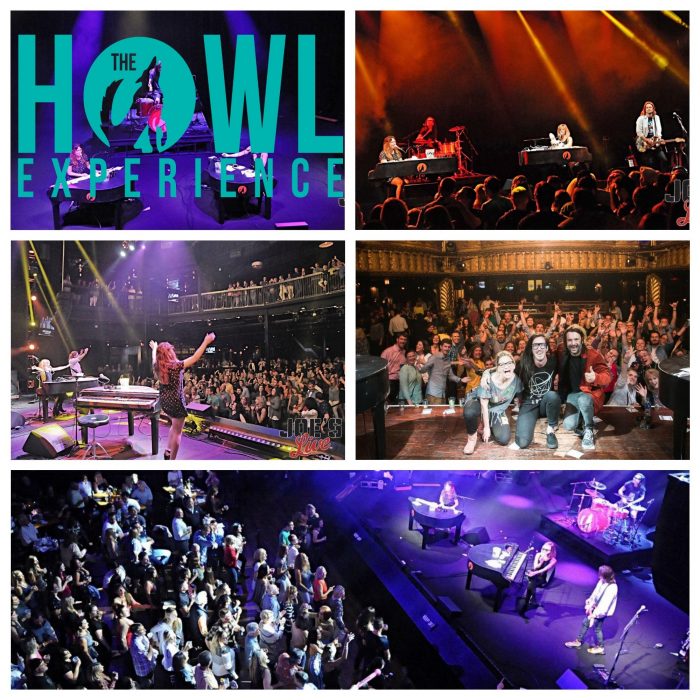 Dennis DeYoung, founding member of STYX, will perform at the Honeywell Center on Friday, May 3, 2019 at 7:30 p.m. As the lead singer and songwriter on seven of the band’s eight Top Ten hits, DeYoung’s voice is one of the most recognizable in the music world today and continues to inspire new generations of fans. For over five decades, DeYoung has been a singer, songwriter, keyboardist and record producer. He wrote and sang several classics including: “Lady,” “Come Sail Away,” “Best of Times,” “Mr. Roboto,” “Show Me the Way,” “Desert Moon,” “Don’t Let It End,” and the 1979 People’s Choice Award winner, “Babe.” DeYoung has recorded 7 solo albums including Desert Moon, whose title track achieved Top Ten status. DeYoung continues to tour with his band around the world. Corporate sponsorship is provided by Bott Electric, Inc. Ticket prices are $75 for seats AAA-C, $50 for D-ZZ, mezzanine, AA-HH, and $35 for JJ-QQ.

Fun for the entire family can be experienced with Mutts Gone Nuts!, on stage at the Honeywell Center on Friday, October 4, 2019 at 7:30 p.m. Expect the unexpected, as canines and comedy collide in a smash hit performance, that’s leaving audiences everywhere howling for more. From shelters to showbiz, these amazing mutts unleash havoc and hilarity in a breathtaking, action-packed, comedy dog spectacular, featuring some of the world’s most talented 4-legged performers. Deemed ‘A Must See’ by the Washington Post, the dogs are sure to steal your heart, and then your socks! Associate sponsorship is provided by Cornerstone Veterinary Services. Tickets prices are $30 for seats AAA-C, $20 for D-ZZ, and $15 in the balcony.

Tickets may be purchased online at www.honeywellcenter.org or by calling the Honeywell Foundation Box Office at (260) 563-1102.

This article originally appeared at: http://huntingtoncountychamber.com/news/show-list-tickets-ready-for-sale-at-honeywell.html

Howl2GO can play at fundraisers, weddings, holiday parties, corporate events, private parties and more. Fill out the form below: