A guitar signed by the Eagles, an autographed Rush Album and a Darth Vader mask signed by the actors in the first movie are all up for grabs at an auction benefiting the Texas Burn Survivor Society.

The organization provides assistance to burn victims, including wounded warriors and their families. It also sponsors a pediatric burn camp. 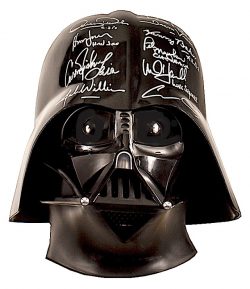 Laura Stawarz is board president of the Texas Burn Survivor Society. She was inspired to serve after her father was severely burned in a helicopter crash.

“My father was burned in a helicopter crash in Guatemala in 1959 and he was transported to BAMC where he underwent 28 surgeries”, said Stawarz.

The biggest fundraiser of the year for the organization is Pianos and Pints featuring the dueling pianos of “Howl2Go.”

“They play whatever tunes we challenge them to play. It’s a sing along and dancing,” said Stawarz.

The event begins at 6:30 this evening at the San Antonio Professional Firefighters Banquet Hall.

Among the items to be auctioned off is an 18-month-old Longhorn. 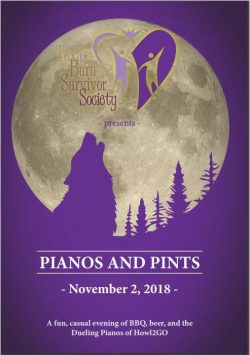 To join The Texas Burn Survivor Society and many other great causes in Texas by having Howl2GO perform our world famous Dueling Piano show at your next fundraiser, fill out the form below to get started!