The House of Blues has grown to become an absolute staple when it comes to attending concerts. The venue first opened its doors in Cambridge, Massachusetts in 1992, and since has been a nightly home to some of music’s biggest acts, from B.B. King to Tupac and so many more over the venue’s 25-year existence.

House of Blues founder Isaac Tigrett spent his early childhood in Tennessee, where he quickly caught on with the distinct music of the rural south. It became his goal to introduce as many people to not just the Blues, but Gospel, Jazz, Rhythm & Blues, and roots-rock n’ roll as well. Tigrett decided to bring his goal to life in 1992 when along with financial backing from the likes of Dan Aykroyd, Aerosmith, Jim Belushi, River Phoenix, and several others, he opened the first House of Blues location in Cambridge, Massachusetts’ Harvard Square. The original location housed only 180 guests and featured original folk art, Delta-inspired cuisine, and live music.

Today, the House of Blues operates 12 locations with capacities of between 1,000 and 3,000 guests—yet with so much growth, the venues still stay true to what the original Harvard Square location aimed to bring. Every location of the franchise features art and artifacts steeped in the tradition of the south like the “Crazy Quilt” stage curtains are meant to pay homage to the enslaved Africans who used the Underground Railroad to escape to freedom. Each curtain is created in a free-form, abstract arrangement that takes over 1,000 hours to complete. The House of Blues is so serious about its commitment to its southern roots that every location’s stage has a metal box welded beneath and filled with Delta Mississippi mud, ensuring anyone who’s performing can connect with the blues. The franchise also made sure to maintain its tradition when it comes to food, serving inspired cuisine as well as American classics and signature drinks. The House of Blues is currently the world’s largest collector of Outsider artwork and they have even launched their own foundation and completed several initiatives focused on providing musical instruments, education, and opportunity to children, generating more than $20 million in the process.

You can book your reservation for the House of Blues nearest you at www.houseofblues.com 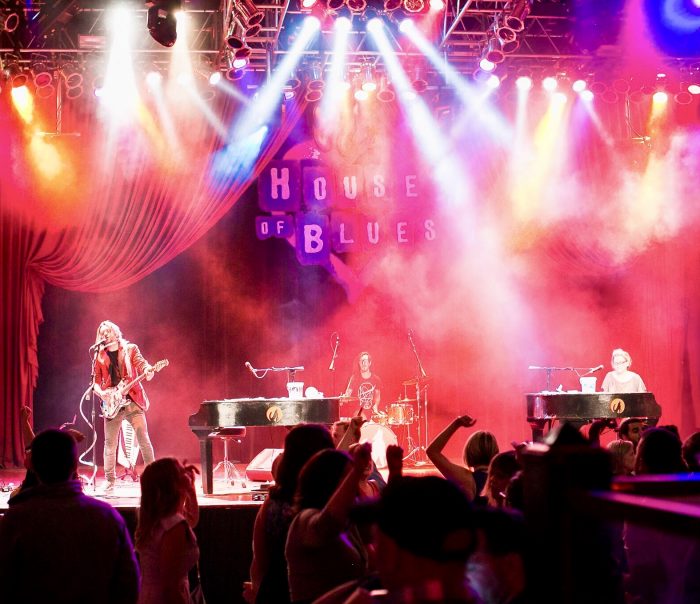 If you areplanning an event at any House of Blues location, you can bring Howl at the Moon’s world-famous Dueling Piano show along to entertain your guests! We are regular performers at many House of Blues locations and are the first choice for many event planners and organizers of corporate or fundraising, holiday parties, private events (and even a couple of weddings!) at these iconic venues. Event coordinators and bookers always comment on our high energy performances and ensuring everyone in the crowd is 100% involved in the show! 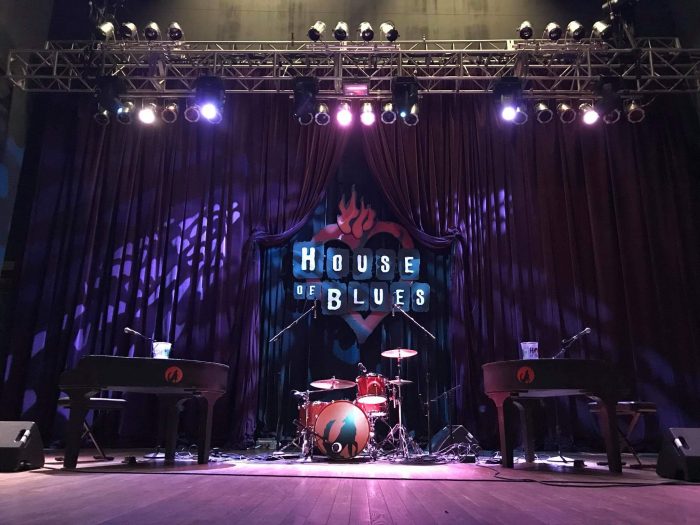 Sound checked and ready to rock at House of Blues!

House of Blues and Howl2GO Dueling Pianos, are a winning combination for all events nationwide. We can perform at any House of Blues location: Anaheim, Boston, Chicago, Cleveland, Dallas, Houston, Las Vegas, Los Angeles, Myrtle Beach, New Orleans, San Diego, and Orlando! We have performed many times at these venues for clients as diverse as a private event in Chicago for The National Association of Government Guaranteed Lenders to a fundraiser in Houston for a cause near and dear to all our hearts: The Furball of Houston raising money for the Rescued Pets Movement! 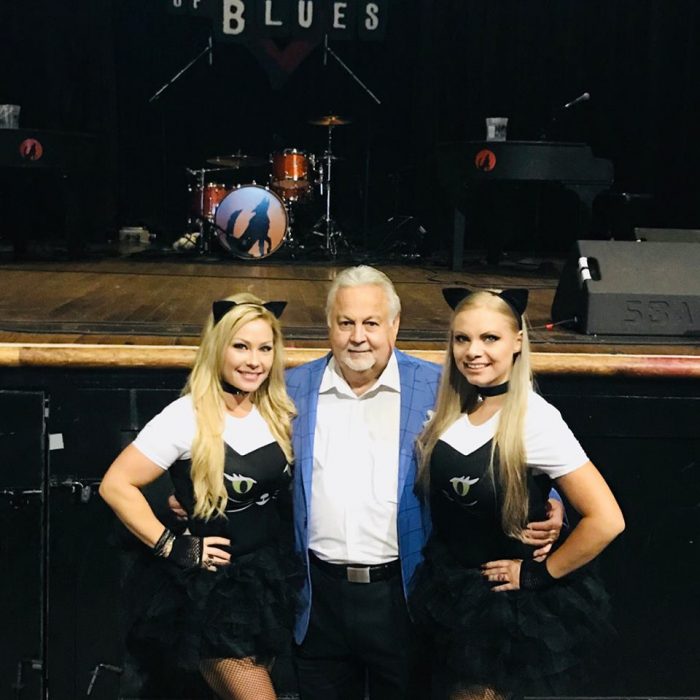 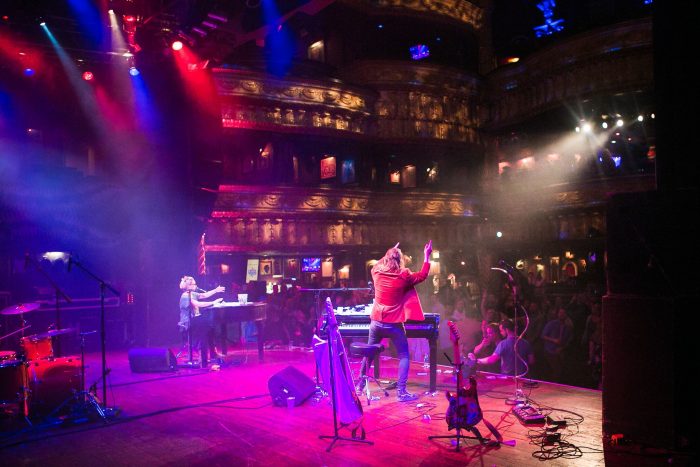