Howl2GO has been on the road playing outstanding parties and events for a while now—but do you know it all got started? Dueling pianos have been around in one form or another for centuries, well before Howl2GO and Howl at the Moon began rocking stages all over the country, but the style has evolved numerous times over the years. The one thing that’s stayed the same, however, is how perfect dueling pianos are at getting an entire crowd howlin’ along!

Looking back at the history of dueling pianos, it would be impossible not to mention ragtime music. Ragtime first grew in popularity in the late 19th century, especially as performers like Scott Joplin became famously known. He and other musicians in the same vein would combine improvised jazz elements with hasty and “ragged” piano melodies. While musicians were typically top-class talents, the true nature of ragtime was the energy it brought to the table. Shows were often performed in saloons and bars, not the conventional music halls, so players would perform quickly and nimbly to keep the rowdy crowds entertained. Players at this time would literally attempt to out-duel each other, with the “winner” usually being the pianist who could play the fastest. Ragtime’s popularity waned in the early 1900’s, particularly after Joplin died, but the spirit that the music possessed would be the driving force for the first dueling pianos bar. 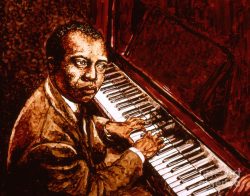 Opened by B.H. O’Brien and Charlie Cantrell in New Orleans in 1933, Pat O’Brien’s is known as the first true dueling pianos bar. The same driving factors as the bars that hosted ragtime duels were present—O’Brien and Cantrell needed a loud and energetic way to entertain patrons who were drunk and rowdy, especially in the wake of prohibition. Their answer was a dedicated room complete with two copper-topped baby grand pianos where musicians would take turns entertaining crowds and competing in duels. They even took song requests on cocktail napkins! 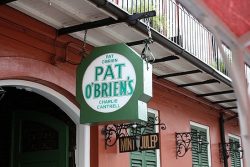 With no mainstream way to gain attention, dueling pianos failed to catch on beyond New Orleans until 1986, when a Dallas, Texas bar called Dallas Alley (aka Alley Cats) revitalized the concept. This time, however, it was modernized beyond ragtime and folk songs. The bar would feature contemporary rock music and introduced “bits” where performers would jostle the crowd between songs, creating a more unique experience for attendees. The idea spread throughout the US, and soon you could find dueling piano bars in nearly every city.

Howl at the Moon Dueling Pianos

Since then, Howl at the Moon has become the country’s leading venue, featuring locations in over fifteen cities. The franchise has grown the concept even further, often even bringing a full band to the stage to perform Top 40 songs from today and classic rock staples while keeping all the energy of an original dueling pianos show.

Like Howl at the Moon, Howl2GO continues to revolutionize dueling pianos shows across the nation. We take our show on the road and love bringing our thrilling performance to parties and events of all kinds. Our musicians are supremely talented and expertly trained to add as much excitement to the night as possible. Howl2GO’s legendary dueling pianos show features our performers going back and forth on your favorite hits and classics, plus we also can add more musicians on drums, guitars, and more to add an extra element to the mix! Your night starts and ends without a hitch when booking with us—Howl2GO’s team will start planning a specialized performance for your event from the moment you first give us a ring. We even bring every piece of equipment and arrive early to make sure this night goes off without a hitch. Howl2GO makes parties and events anywhere in the US rock even harder!